Back To The Oldskool

Relive The Past In The Present

do you agree with Cox here?

dial1 wrote:Hahaha I didn't know that MC Storm is not white, are you serious? I always took him for a cockney geezer.I always took Austren Reynolds to not be white. But I was mistaken. 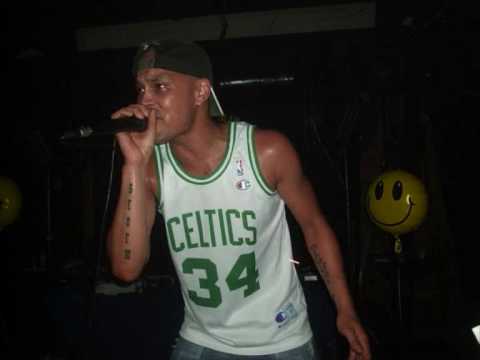 I can't see so I'll take your word on it.

But yes, he's a bellend. was once dragged to a hardcore night and in the oldskool room he ruined a 92-93 set with his inane lyrics, loud-mouthed MC'ing and abominable vocal scratching. I'd pull the mic on him and shuv the phono cable up his nose if I was Sy.
Top

Can't be worth as much as it was this time 10 years ago though. That's when HTID was BOOMING!

I always thought "One Nation" went for massive money for a number of reasons.

1) It was THE best and biggest rave brand in the scene. By far.
2) The events that got put on not long after the sale were MASSIVE NYE parties. I'm thinking recouping monies?
3) It wasn't on the downslide.

Brands like HTID, Dreamscape, Raindance, United Dance etc can't be worth as much as they might have been at one time.

I'd still say that Slammin Vinyl would be worth a lot of money solely for the name power.
Top

I would say between 94 and 95, we were using that term then.

For real, I remember Basement having separate DnB and Jungle sections as early as 94, it's probably fair to say it's open to interpretation though, what is Jungle, what is DnB? Does it need ragga lyrics to be Jungle, or is it the atmosphere of the track? Personally I think it was one music evolving and it was just a name attached to it. DnB became a more socially acceptable term to disassociate the music from all the trouble that the scene had become notorious for, and make it more viable for nightclubs.

Dead by 98? It's still alive and kicking in 2015! Looking back, 98 was a wonderful time. Ed Rush & Optical, Ram Trilogy, Breakbeat Era.. probably one of the most creative years, but I totally know what you mean Jedi, it's the polar opposite to the vibes of hardcore and I can understand why some people were turned off by it. I love the new stuff though, people seem to swoon over Techno as being the most forward thinking music but for me the best DnB artists are leading the way in technical evolution and have done for many years (while clearly taking influences from other scenes such as Techno). I do love new Techno too.
Last edited by rage on Fri Oct 30, 2015 11:06 pm, edited 1 time in total.
Top

This is a beauty from 98, kills it on a system. Can hear Jack Smooth influences with its stab melody :D

Long ass intro though, they are probably quarter that these days! It gets good at 2:00.

rage wrote: it's probably fair to say it's open to interpretation though, what is Jungle, what is DnB? Does it need ragga lyrics to be Jungle, or is it the atmosphere of the track?

Kidding (kind of), but in general I'd say there's overlap between them and no clear delineation, just as on the hind side there's some overlap between hardcore and jungle (and even a bit between hhc and jungle, and more than a bit between breakcore and jungle). My first test would be the drums (not speed, plenty of 170+bpm tracks in the early-mid 90s), which isn't to say amen = jungle, but if they're uh, "simplified" or repetitive in nature, I'm headed towards a dnb diagnosis (or really bad, formulaic jungle). My second test would be atmosphere/vibe, which includes tune structure, sample choice, inferred audience, producer and label history, etc. Messy opinions.
Top
Locked
98 posts